Originally posted on Speculating Canada, here is my review of Tim Wynne-Jones’ The Goose Girl.

Goosed Into The Truth
A review of Tim Wynne-Jones’ “The Goose Girl” in Black Thorn, White Rose Edited by Ellen Datlow and Terri Windling. Prime Books: 1994 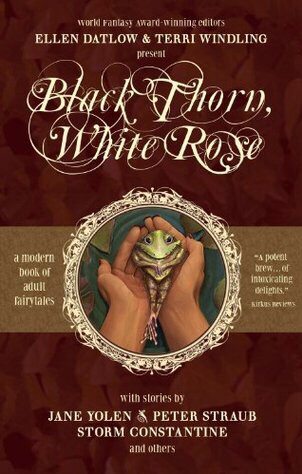 Tim Wynne-Jones’ “The Goose Girl” is a re-telling of the Grimm Brothers’ tale of the same name, but it is also a discussion of the nature of re-tellings and of the nature of “truth” itself.. His story is told from the perspective of the Prince, who narrates his encounter with the young princess and the chambermaid. As in the Grimm Brothers narrative, the princess and chambermaid switch clothes before the castle and the prince assumes that the chambermaid is the princess he is supposed to marry and that the young princess is a peasant girl, who he finds work for as a goose girl. The prince is deceived by a change of clothing and has to uncover the truth through…