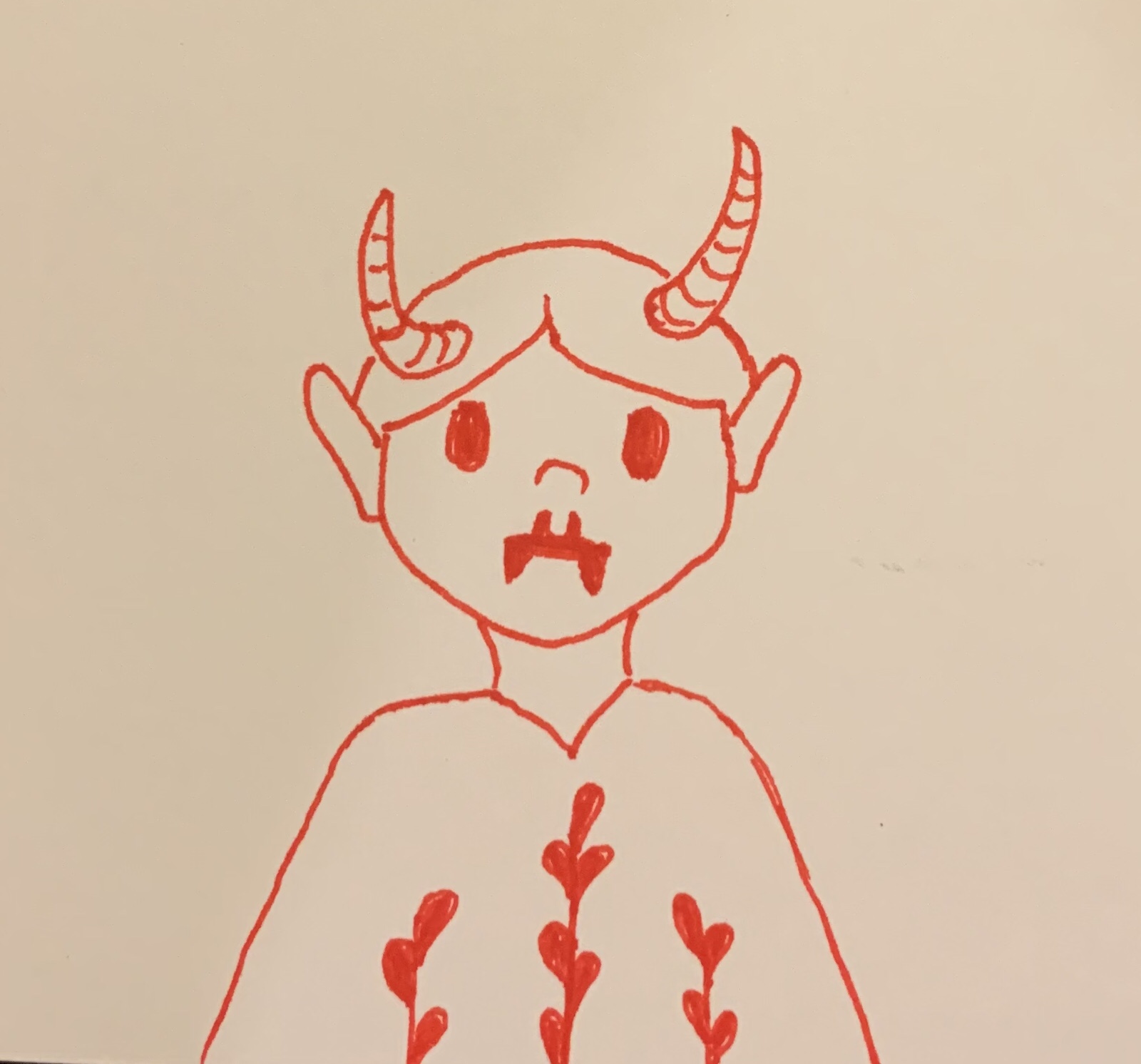 People think of Yule and the Christmas holiday as a time of joy and wonderment, a celebration of light, but there has always been a darker side to the holiday season, after all, it is at the Winter Solstice that we experience the darkest day of the year.

In Iceland, one of the most famous Christmas Monsters is Gryla, an ogress, Troll, or giantess who gathers the naughty children up into a sack and brings them home to eat.
There are many different descriptions of Gryla and some suggest that she has 15 tails, others that she has 300 heads and 3 eyes on each head, that she has goat horns, eyes in the back of her head, or dangling ears that are attached to her nose  (https://guidetoiceland.is/connect-with-locals/regina/gryla-and-leppaludi-the-parents-of-the-icelandic-yule-lads).
Her husband was the troll Lappaluthi, and her children were the Yule Lads, 13 tricksters with names like Spoon Licker (whose role was to lick spoons), Pot Scraper (who would steal unwashed pots and lick them), and Door Slammer (who slams doors to keep everyone awake) (https://www.smithsonianmag.com/smart-news/meet-the-thirteen-yule-lads-icelands-own-mischievous-santa-clauses-180948162/). The National Museum of Iceland notes: “Dozens of different names for the Yule Lads appear in different folk tales and stories. A popular poem about the Yule Lads by the late Jóhannes úr Kötlum, which first appeared in the book Jólin koma (Christmas is Coming) in 1932, served to make their names and number much better known. The names of the 13 Yule Lads that most Icelanders know today are all derived from that poem.” (https://www.thjodminjasafn.is/)
Gryla owns the Yule Cat, who eats any children who do not get new clothing for Christmas. An image of the Yule Cat is even brought through the streets of Rekyavic near Christmas (https://guidetoiceland.is/connect-with-locals/regina/gryla-and-leppaludi-the-parents-of-the-icelandic-yule-lads)
For some reason, Gryla was featured on 2018’s Yule special of Sabrina the Teenage Witch, but was instead depicted as a witch who had lost her children and sought to kidnap children.
The story of Gryla in Iceland dates back to the 13th century (https://www.smithsonianmag.com/arts-culture/why-icelands-christmas-witch-much-cooler-and-scarier-krampus-180967605/). She is said to live in caves in Iceland.
One poem about Gryla reads:
“Here comes Grýla, down in the field,
with fifteen tails on her,”
Another poem reads:
“Down comes Grýla from the outer fields
With forty tails
A bag on her back, a sword/knife in her hand,
Coming to carve out the stomachs of the children
Who cry for meat during Lent.”
(https://www.smithsonianmag.com/arts-culture/why-icelands-christmas-witch-much-cooler-and-scarier-krampus-180967605/)
According to Terry Gunnell from the Folkloristics Department at the University of Iceland Yule in Iceland’s history had been a time of the return of dead relatives and also all manner of magical creatures like trolls and elves (https://www.smithsonianmag.com/arts-culture/why-icelands-christmas-witch-much-cooler-and-scarier-krampus-180967605/).
Gryla’s name translates as “Growler”, a rather appropriate name for a cannibalistic troll!!
Thank you to Amy Jane Vosper for the term “Creepmas”