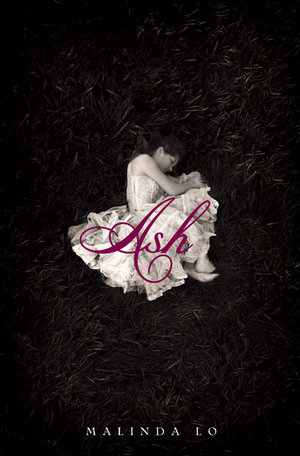 Malinda Lo’s Ash is a narrative of change where everything is in flux: people, life/death, and the environment. Lo creates a chimerical narrative where nothing is certain.

Ash is living her own fairy tale at a time of conflict. The wealthy in her society have started adhering to a new religion espoused by philosophers who resist the old green witch religion that embraced fairy tales as part of its belief system. Ash’s own parents were on opposite sides of the debate – her father an adherent to the religion of the philosophers, and her mother believing in the green witch and sharing tales of fairy abductions with her daughter. Ash is shaped by the beliefs of her mother, and finds herself caught in a fairy bargain that could lead her into the fairy realm. This change in religion brings up the classic subject of the Cinderella tale – class change. The class changes of this narrative aren’t just about a girl transcending her perceived class, but about class ideologies themselves changing as religion and class become intertwined and fairy tales become an aspect of the lower class that are disparaged.

Yet, the fairies themselves, the subject of fairy tales, still adhere to their aristocratic ideas and Ash ends up coming into contact with the fairies, experiencing their ideas of ownership and their exercises of power. She is given the opportunity to become a fairy princess, though that bargain comes with uncertainty about the fairy world.

Like most Cinderella stories, time plays an important factor in Ash, but it is even more exaggerated in this tale because there is an intrusion of fairy time, and the idea that time in fairy runs differently than human time.

This is not a tale of ballroom dresses and the marriage of princes. In this tale, Ash wishes for a hunting outfit, a way to change her world by dressing as a Huntress and running with human hunters. She is not someone who relies on her potential lover to free her from the bonds her family has placed on her. Instead, she makes her own way in the world by forging alliances with others and ensuring that she has her own wishes met.

Ash is a tale of the transformative power of love, but also the transformation of the understanding of love. Love for many people in the tale means ownership, but Ash discovers that love is expansive, and contains multiple meanings. She discovers that love, for her, means doing anything in her power to bring happiness to the Huntress, the woman she loves. This is not the fairy tale love of ownership and obligation, but instead a love born from mutual respect.

Ash is a queer Cinderella tale, and one that questions and challenges the traditional narrative.

You can discover more about Malinda Lo at https://www.malindalo.com/

Through the Twisted Woods interviews speculative fiction writer and non-fiction writer and editor Kate Heartfield about her recent story in Clockwork Canada called The Seven O’Clock Man and the story’s ability to re-tell and explore the French Canadian tale Bonhomme Sept Heures. We discuss ideas about adapting Fairy Tales to Steampunk, the horror quality of Fairy Tales, colonialism, ideas of order and chaos, the function of time in Fairy Tales, the use of objects in Fairy Tales, and the relationship between Fairy Tales and the social control of children. 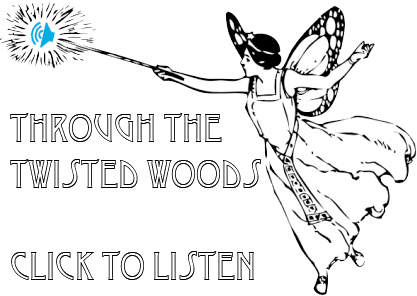 To find out more about Kate Heartfield, visit her website