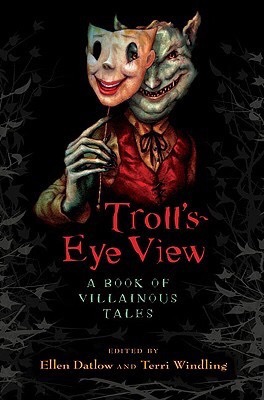 Fairy tales frequently deal with ideas of children being lost away from home. Frequently, their parents are cruel but aren’t depicted as the villains of the tales, excused of their mistreatment of children. Delia Sherman’s “Wizard’s Apprentice” explores a young person who is perpetually trying to escape from home and from the violence of his home. Sherman explores the notion that home is not always equated with a sense of comfort, care, and safety. For people who are abused, home is frought with the sort of horrors that fairy tale children encounter out in the woods. Home can be a space populated by monsters.

Sherman complicates notions of home, reminding her readers that violence is not something distant, but frightfully close and present. Sometimes the only option is to escape the monsters of home, and sometimes the only way to do that is to find someone even more frightening because what frightens bullies more than someone stronger than them who refuses to be bullied.

Sherman gives her protagonist, Nick, a chance to find himself and forge a new type of family structure for himself, complicating simple ideas of family and home. She creates a family based on shared knowledge and opportunities to find new methods of overcoming seemingly impossible conditions, using magic to complete household tasks that wouldn’t be possible without learning. Nick is a dynamic character, able to shift perspectives as easily as he learns to shift shapes.
To find out more about Delia Sherman, visit http://www.sff.net/people/kushnersherman/sherman/

Ozpressed
A review of Gregory Maguire’s Wicked: The Life and Times of the Wicked Witch of the West (ReganBooks, 1995) 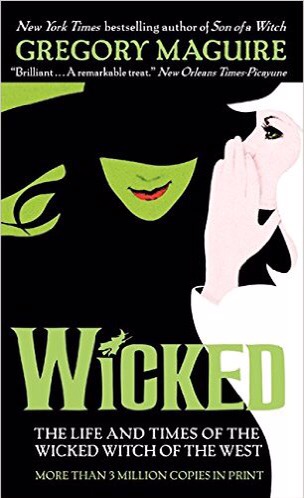 Gregory Maguire’s Wicked is a tale of oppression and marginalisation. Maguire centralises his narrative on the life of the Wicked Witch of the West from L. Frank Baum’s The Wizard of Oz, giving readers the opportunity to question the singular portrayal of a narrative and opening up the possibility that any narrative only speaks one truth among many. Maguire explores the Wicked Witch’s life from her own perspective, giving new context to her tale and examining her as a marginalised figure.

Like many figures who have been socially assigned to the category of “problem”, Elphaba, the Wicked Witch, had characteristics that others could point to as “different”. She was the only green skinned person in Oz, making her a target for discrimination, assumptions about her origins, and threats to her safety. Even her own father thought that she was a physical manifestation of his own sin, illustrating the compulsion to moralize difference.

Elphaba’s birth and life come at a time when the social political situation of Oz is already uncertain. The citizens of Oz have sat by while the Wizard of Oz has exploited the existing discriminatory attitudes of the citizens to launch campaigns of rights denial, ghettoisation, and ultimately extermination for Oz’s marginalized populations. Elphaba, a person who has lived her entire life through the lens of discrimination, launches a campaign of freedom fighting against the Wizard, seeking to find a place for herself in the world by getting rid of the horrors of the world.

Steeped in philosophical debate about the nature of evil, battles of political discrimination, and, of course, fairy tale battles against those who inherit the title “witch”, Maguire’s tale is fundamentally one about belonging. It is about the desire for home, and the question of whether a home can be made or something one has to be born into. It is about what constitutes belonging and who doesn’t belong when we create barriers around belonging. And, of course, it is about the horrors visited on those who the people in power decide don’t belong.