Over the Rainbow: Folk and Fairy Tales from the Margins

Snow White was originally published by the Brothers Grimm in 1812 and has been revisited in retellings and explorations since that time. It’s central features are the magic mirror, the poisoned apple, the glass coffin, and the heart. It is a tale of vanity, ageing, and revenge.

Ever since the Disney film Snow White and the Seven Dwarfs (1937), much of the imagery around Snow White has been influenced by the film. 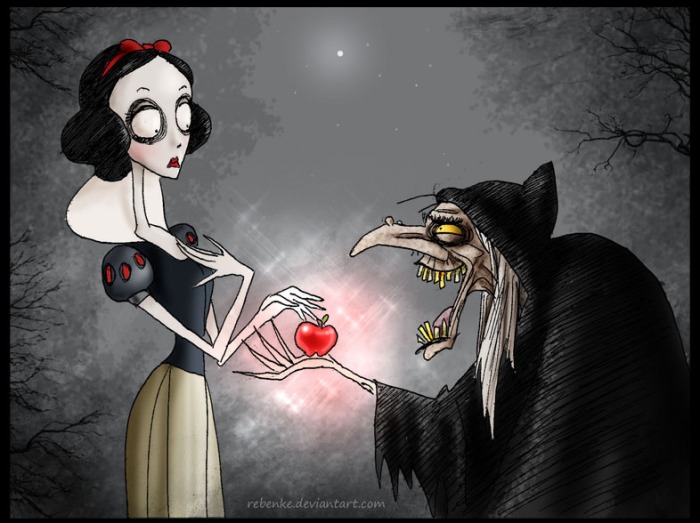 Rebenke’s Snow White is dressed in the Disney Snow white colours with a tall white collar and blue, red, and yellow colours, yet each of these colours is shaded, the colours darkened.

The Evil Queen is portrayed in her disguise as an elderly woman, and she is portrayed with her mouth open in a cackle showing jagged, yellowed teeth. Her jaw…